How Can We Help Move Your Course Online? 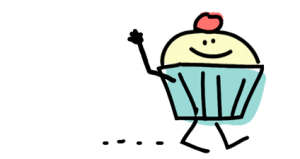 We want your immersive remote course to be as connected and alive online as when it happens in an actual room. We want your suddenly distributed remote course experience to offer at least as much connection and deep learning as it did with everyone in the same room.

When you're coping with the new constraints of online training, your new challenge is to compensate for lost bandwidth and lost interaction. Your new constraints aren’t limitations at all. You just have to know how to dance with them.

How can we help you move your course online mindfully? We're available to work together for an hour—or for several hours over several days (depending on what you you need). We can even co-train online with you the first time you offer your sudenly distributed course.

The hat I'm wearing a lot right now is my Training-and-Online-Experience-Script-Doctor Hat.

What does a script doctor do?

Movie producer’s call on Hollywood script doctors to polish a movie's script.  The Script Doctor's job is making sure the film “works”. Everyone wants the film to engage movie goers when it's released and on screen. Sometimes script doctor’s work with the producers and writers before filming starts. Sometimes they work on set during filming or re-shoots to troubleshoot and polish bits that aren't quite working as expected.

A script doctor might make small changes to a few lines of awkward dialog. They might touch-up a character's backstory or motivation to help the film present a crisper story. It's fairly rare, but sometimes a script doctor does signifiant rewrites that change most of the movie.

Carrie Fisher (most widely known for playing General and Princess Leia in the Star Wars films) worked as a script doctor for the movies and TV for many years. Many considered her the best in the business, because she had a talent, and an ear, for making movies engaging. We know she polished the scripts for  like Sister Act, Hook, Lethal Weapon 3, and The Wedding Singer and many other films. Since she's not listed as a script-writer on those films, we don't know all the films she polished for the studios. A script doctor doesn't expect a writing credit for the film. Script doctors, like coaches, are there to help their client's movie succeed.

What's that mean to us?

I can be your ”script doctor” for your suddenly remote training experience. I've helped many others behind the scenes and I can help you.

I didn't intend to become a secret  Training-and-Online-Experience-Script-Doctor. It just happened. I put this hat on and it fit perfectly.

A few years ago, people started asking me for help with polishing their new online training courses. They were coming to me just like Hollywood went to General Princess Leia. It turns out I have the talent and “ear” for online training like Carrie Fisher did for movies. I've helped a few well-known Agile authors and thought leaders create their online experience. And I love the work. That's why I do it. I love the results. I love to see people like you deliver a high bandwith, high interactivity course, especially when we can make it as good as it was in an actual room—or better..

I realised last week that my Training-and-Online-Experience-Script-Doctor Hat is the one people need me to wear right now. I've been wearing it a lot for people over the last few weeks. And I’m glad I can! It makes me happy to wear Training-and-Online-Experience-Script-Doctor Hat. It especially makes me happy to help people do have better online experiences.

Now how can I help you?

Where do we go from here?

Right now, people need great online training that connects. We want to help you make your training one of those great ones.

It's easier to work together than you might think.  This is how Steve works:

We’ll meet together for a connective chat online with Zoom.

I'll work to understand the ways that I can help you. You can tell me if you have a preferred way of working, or I'll propose the process I usually follow.

Of course this a free call. It's exploratory and we are trying to see what emerges.

I'll follow up with a written proposal, and an offer, proposing how I think we can work together. Of course, we can meet again—or email—to discuss the proposal and align. We'll adapt the proposal and offer as needed.

After we align and agree on the proposal and offer, I usually schedule a 1 hour Zoom session with you. 1 hour  gives us time to do very valuable work. Sometimes we may schedule a longer call, or we might schedule a few followup calls.

For you, this session is like working with a coach focussed on getting you ready to offer an outstanding course which will also receive great feedback from your learners.

This one inital session is enough to give many people the confidence and the tools they need to move their course online.

If that's the case for you, happy sailing! You can check back in any time you feel you'd like another tuneup.

Depending on our agreements, we can continue regular script doctoring sessions until you're comfortable your training is ready.

In some rare case we may agree I can help best by spending a few days dedicated to working with you to polish your training to move online.

I always recommend that you work with a co-facilitator when you deliver a high bandwidth, high interactivity session. If you're new to this, I'm available to be your co-facilitator and provide support and feedback (after the session).

When it fits our work together, I'm also available to co-train your online course with you. You'll present all the detailed technical instruction, and I will help you to connect with the class participants during the online interaction. This way you learn by doing and you're on the road to mastering the art of training online.

This is “work for hire” so you automatically retain all rights to the course and any materials I work on with you. I also work without credit on these courses. The work is yours, you don't have to acknowledge my contribution. Our work together is confidential.  I'm also grateful for referrals and recommendations when you choose to offer them.

Questions? Ask me anything. Or, let's get started!

Find and schedule an appointment with Steve during our office hours.

Or, leave a message so we can start talking (by email or Zoom session). Just leave your name, email, and message with all your questions. We'll reply as promply as we can..

- thanks for your message, we’ll respond as soon as we can - 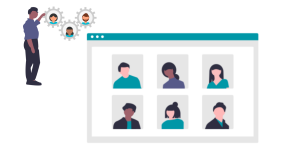 18 tips for trainers, facilitators, coaches, managers, and other leaders working remote and guiding the experience. 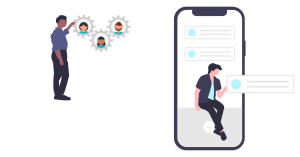 18 Tips to Setup Your Remote Sessions

Do you know these 18 quick tip we learned by creating holding our remote experiences at CoachingCocktails.com. 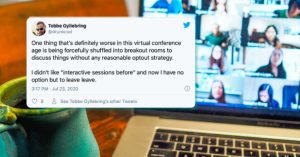 I need Zoom Mobility—an imaginary feature so that people choose their Zoom break-out rooms and move freely between them. Mobility is vital to the life-changing magic of holding space.

I just requested if from Zoom. 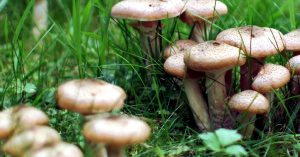 How do you hold space meaningfully when people aren’t in the same space?

When the gobal pandemic hit people reached instinctively for Open Space Technology—because it’s a natural fit. Here are some thoughts from my experience holding remote open space in a time of incredible dispruption. Like all open space: it’s far easier than it looks and much harder than you ever imagined. 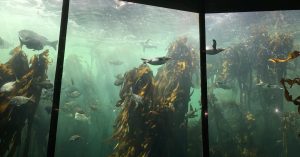 Would it surprise you to learn that penguins can fly?

This is my story of what it means to hold space for penguins to fly.

Let me tell you a magical secret … 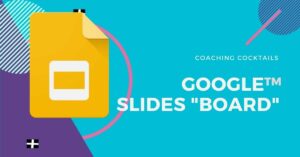 On Building and Using a Google™ Slides “Board”

Do you want to invite engagement in online meetings?

You can build an online whiteboard in Google Slides. Slides is a simple-ish tool which makes it a good option for for complex online workspace.

You may encounter different issues with access though. Here’s 5 issues that you can prepare for when you build your meetup (to avoid accessibility problems). 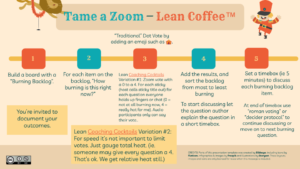 What tool would you use for dot voting during a (remote) conference workshop?”, Yves Hanoulle asked.

Now i’ve been thinking about dot voting and the need for simple tools. 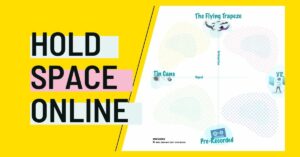 Does “real” online engagement always require a high-bandwidth signal? Remember when They Might Be Giants invited us to “Build a little birdhouse” by Dial-A-Song?

That’s an unexpected source of inspiration for creating “real”-ness online.

7 Simple Rules for Your Remote Sessions

Do you know these 7 tips that we learned by holding our remote experiences at CoachingCocktails.com. We’ve turned them into Simple Rules.