October 13, 2022
at Two Oceans Aquarium in Cape Town South Africa
live on Zoom from all over the world

Meet Ayoba and the Waddle

Ayoba wants to make new friends and see his old friends again. Ayoba is an African black-footed penguin and an ambassador for African penguins everywhere, especially the wild birds living in South Africa and Namibia. We're inviting you to join us on Zoom from all over the world. Meet Ayoba and his friends for a fully interactive African Penguin Awareness Meetup. We'll explore the impact of agility and adaptive action on wild African penguin life. Then, Shanet will take you right onto Ayoba's beach to meet the waddle up close and personal where they live. Ask us anything.

Join us on Zoom

This evet has finished. Please leave your name and email if you'd like to hear about future events.

You're Ayoba's guest at this free event. You can sign up anytime. When you RSVP early you help us prepare for you.

Or RSVP for our later event instead.

Signup for if you want to know more about future meetups with Ayoba.

We'll only use your name and email to communicate with you about this event, send reminders plus occasional follow-up emails related to Ayoba and Ayoba's Pingu Party. We are not adding you to any fund-raising lists or other long-term lists.

Just Up the Road from Penguin Town

You've probably enjoyed watching the African penguins nesting at Boulders Beach on the Netflix "reality series" Penguin Town. Now meet and interact with Ayoba and the other African Penguin ambassadors at work where they enjoy free room and board with full sardine delivery and beach turn-down service at Two Oceans Aquarium—just up the road in Cape Town. We'll meet over Zoom, and we'll take you right onto their beach so you interact with us and the penguins. Keep reading to find out what this is, the reason we're doing it, and why this is a very important meetup in the life of the wild African Penguins. Or just rsvp now and arrive next Thursday ready for a great surprise.

The colony of penguins at Boulders Beach near Simon's Town South Africa appears to be thriving, so you might not know when you stream Penguin Town that you are watching a marine system collapse in real-time right in front of the Netflix cameras. Those incredible (and incredibly cute) Simon's Town penguins are facing literal extinction fighting against heavy odds. That's also true for all wild black-footed penguin colonies, not only the one at Boulders Beach.

But here's the good news!

While the African black-footed penguin is endangered on the IUCN Red List of Threatened Species, the IUCN Green List observations show they still have a fighting chance at recovery so that one day they can really thrive again.

And here's the best news!

We already know what we have to do for these penguins to survive. We just have to start doing it – without delay. We must start by closing just two areas off the South African coast to commercial fishing — and we have to do it right now. (The areas in question are already well-defined, and they're known to us from observing the penguins' habits.)

Simply put, humans must allow penguins to have the first catch of the pilchard sardines that make up most of their healthy diet. We can catch sardines nearby, but we mustn't take the penguins' fish out of their mouths in two critical parts of their home fishing territory.

We need the agility to act adaptively.

We have many reasons to believe that this adaptive action will be enough for the birds' survival. After that action starts returning results, which will happen rapidly, we can continue to inspect and adapt. As we learn more through continuous adaptive action, it's entirely possible — perhaps even likely — that we can re-open some parts of those fishing areas. If it's possible to share the fish, we will learn how to share the fish. But our first wise action is protecting the penguins' critical home fishing ground.

(Coaching Cocktails regulars already know that iterative adaptive action is the only effective way to tackle this kind of wicked complexity.) 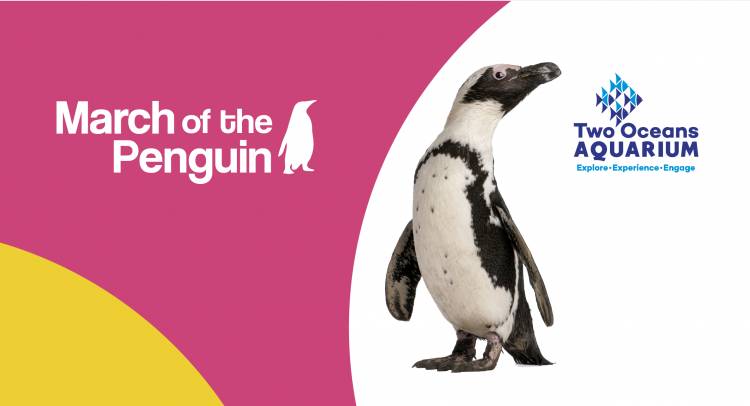 Our Plan for this Meetup

Shanet Rutgers, Head Penguin Keeper of Two Oceans Aquarium in Cape Town South Africa, and Steve Holyer, Founder and Principal of Engage Results (with Coaching Cocktails) are teaming up again to personally introduce you to some special African black-footed penguins.

During one hour live on Zoom we will:

We're holding two meetups on the same day because we're helping Ayoba meet his friends from everywhere around the world.

Earlier:
The earlier meetup is comfortable for people in Europe, and Africa and places to the east like India, Singapore, Japan, and Australia. We will also deliver the penguins' daily midday order of pilchard sardines – including the specially prepared vita-fishies – during the earlier meetup.

Later:
Our later meetup is comfortable for people in India, Europe and Africa and places to the west like Brazil, the USA, and Canada.

Check our start times displayed in your local timezone when you rsvp above.

Age Group:
We are not preparing a children's program for this event.  This meetup is for the grown-folk. But we know the kids will enjoy meeting Ayoba and the waddle too. We ask that a parent stay online with children under the age 12. We will be speaking honestly about mortality and extinction. Sometimes even we need the support of a trusted adult friend to help us make sense of this.

RSVP Now to Join - We'll Send You all the Details 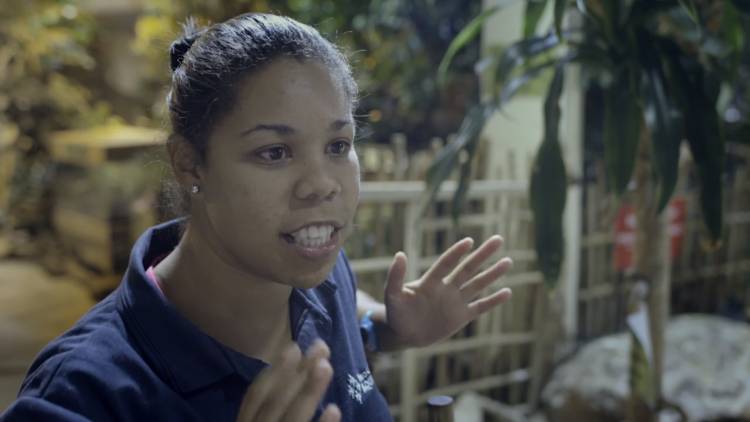 Why are we holding these meetups?

"And,"  he says, "if they get it wrong they face extinction."

That's why Ayoba, who hatched at the aquarium, and the other birds in the waddle, have taken a special job serving as ambassadors for their endangered species. Ayoba wants to meet you because he helps his species by building strong relationships with you. And that's why it's important for us to introduce Ayoba and the waddle living and working on the Two Oceans Aquarium African penguin beach .

Meanwhile, the penguins are running out of time.

We counted just now, and only found fewer than 10,400 breeding pairs living in the wild. That number might not seem so bad to you, but it's not good. It's hard to be a penguin. Four years ago we were still counting the free-living wild penguin population with around 21,000 breeding pairs. In 4 years more than half are .... gone.

With only 10,400 breeding pairs we're careening at high speed right for the point of no return. That's the point in time when the penguin's mortality rate outpaces their potential birth rate. On the heartbreaking day we reach that finish line, we know that extinction will quickly follow. It will be all but inevitable.

"Not on watch!" With 10,400 breeding pairs we've almost reached the sad finish line. We can't cross that line. We just can't. The thought of a future world with no African penguins is unbearable.

Remember though, we can save the penguins, and we already know what we have to do.

Thank god it's not too late to start doing it. If the current trends continue much longer - we're talking months, a few seasons, not years - there will be no more penguins in Penguin Town just 10 short years from now.

Not On Our Watch!

The South African government is currently making final revisions to the 10-year African penguin Biodiversity Management Plan that takes effect early next year. (The last plan went into effect in 2013.)

This is good news not a moment too soon. We are very grateful to South Africa, and our colleagues in the government, for showing up to work and speak on behalf of the penguins. South Africa has a very good track record of taking actions that protect the marine ecosystem. In many ways, South Africa is a role model for public-sector marine efforts around the world. So we're happy to know that South Africa has a good plan for the penguins.

But we had to ask them for just a bit more.  We've asked them to:

We know how to save the African penguins. We also know there's not much that most of us can do individually. What must be done requires systemic change and action from the government. While they are showing they are committed to the penguins' needs, they haven't been able to commit to timely action yet.

We think that the penguins' lives depend on strong relationships with each other and with us. That's why we're not asking for your money today, but we are asking – on behalf of these birds – for your love.

It's not often – it's very rare – that you can save an entire species from extinction by showing up to participate actively in a Zoom meetup. But this could possibly actually be one of those rare days.

We don't want to spend more time dwelling on the possibility of the worst outcomes. We're inviting you to join us and enjoy your time with Ayoba and his friends talking about the better outcomes. You'll learn valuable things about African penguins and effective conservation efforts. By showing up for Ayoba during this meetup, you also show people around the world – and you show our colleagues in the  South African government – that you care about these birds and what happens to them.

This is a very important meetup in the life of the African penguins.

RSVP Now to Join - We'll Send You all the Details

We don't want to miss you.

Please add this event to your calendar.